Man Harmonises with the Universe

Man Harmonises with the Universe

"I am in charge of my physical health and not leave it to God!" [我命在我不在天!] This is one of the main ideas of Taoist philosophy with thousands of years of history. It advocates a positive, natural and harmonious attitude to life. In a stressful urban life, how much physical and mental health can we control? Since 2003, Wudang Academy has inherited the Taichi Internal Elixir Study which was established by the Great Grand Master Zhang Sanfeng from Wudang Mountain in the 14th Century, with the purpose of health preservation. Our Wudang Taichi Internal Elixir Study training courses are given in an easy-to-understand way, teaching and inspiring students to achieve the effects of physical fitness, bodybuilding, vitality, and longevity. Courses including both physical and mind work.

The pressure is lingering - Do you have emotional distress?

According to a number of medical surveys around the world, emotional illness will become one of the three major killers to urban people after 2025. This serious situation cannot be ignored. In real life, people of different ages are facing various kinds of pressure. Emotional distress often leads to tension, anxiety, anger, sadness, depression etc., all of which are enemies of health. Therefore, we must learn how to relax the body and mind. By practising Wudang Taichi Internal Elixir Study, we can truly relax the body and the mind, allow our body to heal from the basic level, activate our self-healing power and stimulate stem cells which have been inactive for a long time in the body. It is an ideal elixir for physical and mental health without any side effect!

Suffering from painful conditions and insomnia?

When one’s meridians are blocked, various symptoms such as soreness, numbness, swelling, pain, and stiffness will appear. It will lead to mental stress and poor sleep quality. In more severe cases, it will lead to chronic pain and insomnia that may cause serious consequences both physically and mentally. When practicing Wudang Taichi, the uniquely designed continuous gentle body movements will bring about a very relaxed state to the mind that is similar to meditation. As a result, both muscles and joints will be in a healthy condition.During Meditation, the mind may achieve tranquility and the whole body will be extremely relaxed. The pressure is thus released, quality of sleep improved and the body vitality recovered.

How to prevent cancer and cardiovascular disease

Stress, unhealthy diet and lack of exercise etc. can easily cause gene mutation during cell divisions, as a result, cancer cells will be formed, if not destroyed fast enough by our immune system, then tumour will appear. Cardiovascular disease generally refers to all heart or vascular diseases, such as hypertension, coronary heart disease and stroke which are common lethal critical illnesses. To prevent the above conditions effectively, one can regularly practise Wudang Taichi and Meditation, a combination of physical movements and mind exercise, to enter into the realm of tranquility. As a result, meridians will be unblocked and vitality increased. In the official website of Harvard University, there is a special report recommending that Taichi is the perfect exercise for mankind. It has significant effects on promoting health.

Is it possible to rejuvenate and to shape body?

According to a number of scientific experiments, regular practice of Wudang Taichi and Meditation in a proper way can effectively enhance immune system, balance hormones, induce antioxidants for anti-aging to have the effects of body shaping, vitalise skin condition and to achieve rejuvenation.

As long as you practise Wudang Taichi and Meditation correctly and regularly, your physical condition will be noticeably improved, appearance and figure will be much younger than the real age. It is no longer an unattainable dream.  Regardless of gender, there are numerous successful examples.

"Taichi originated from Wudang Mountain” [天下太極出武當] : more than 600 years ago, the Great Grand Master Zhang Sanfeng founded the authentic Wudang Taichi and Internal Elixir Study. It is well respected and praised. As early as 2006, "Wudang Martial Arts" [武當武術] was listed as the national intangible cultural heritage and has been strictly protected and inherited. Wudang Taichi is based on the long history Taoist philosophy with the purpose of promoting and preserving good health. It attracts millions of people worldwide to learn and practise. Wudang Taichi Internal Elixir Study is not only a physical technique, but also focuses on the improvement of spiritual well-being. The Taoist wisdom of “Dual Cultivation of Soul and Body" [性命雙修] is a unique kind of mind and body practices in order to achieve perfect health and longevity. 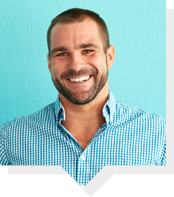